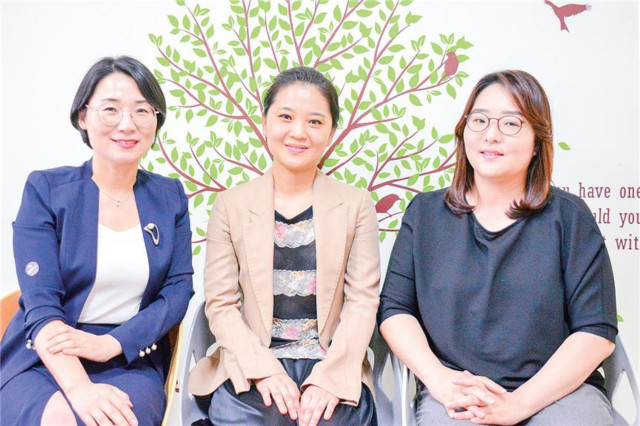 Professor Park Hye-Yeong is conducting a two-year study from May 2020 to April 2022 under the title of “Development of a Music-Color Combination Color Learning Protocol for the Visually Impaired.” She was selected for 2017 Young Researcher’s Support Program and 2018 Excellent Thesis Support Program.

She explained that “We will be developing a color learning protocol for visually impaired people and verifying its effectiveness based on the mechanism by which music-colored combination reactions can be sympathetically processed through music despite the neurological damage of visual limitation. In particular, we want to try to differentiate ourselves from traditional music-color combination research by using EEG, or Electroencephalogram, as a quantitative analysis tool.”

To this end, Professor Park plans to systematically develop the "music-color-combination" evidence-base color learning protocol and to scientifically verify the effectiveness of the protocol through EEG measurements. Through this, it helps visually impaired people to lead and efficiently learn color, and will provide useful base data that can contribute to the multisensory use of music in their lives.

According to Professor Park, with the recent development of brain-computer interfaces, sonification technology, in which visually impaired people recognize their surroundings with sound, is drawing attention. In particular, a study was conducted to identify the color and location of visual objects through a music-visual sensory transition approach. Therefore, for the visually impaired, music can be an educational, functional, social, and leisure means, as well as personal enjoyment, and can be used as a communication means to integrate into the general society.

Professor Jung Ju-Yeong, who majored in education(educational administration and higher education), is carrying out a study from May 1 this year to April 30, 2022 under the title of “An Analysis Study on the Experience and Conflict of Female Faculties at Four-Year College: Focusing on University Organization Culture and Glass Ceiling Phenomenon.” She was also selected for the 2018 Excellent Thesis Support Project. The title of the thesis is “Study on the Continuation of University Students' Study.”

Professor Jung revealed her plan saying “The drop in the proportion of women professors in the assigned professors means they are alienated from information and excluded from the decision-making process. In addition, the glass ceiling and glass cliff phenomena are continuously to be found in conjunction with the unique organizational culture of universities that has continued. This study intends to analyze in detail the experiences and conflicts of former female professors who have experienced being college administrative professors in the last 10 years and are currently employed in four-year universities in Korea, using qualitative and quantitative research methods.

Through the study, Professor Jung plans to share empirical sharing with future female professors who will have an important influence in the decision-making of university policies. In addition, in the midst of the experiences and conflicts of female professors, she is trying to find the glass ceiling and glass cliff phenomenon arising from the culture of the university's administrative organization, and to agonize the organizational culture of universities as a way to resolve it. This is because the professor sees that it is possible to actively resolve the issue in the midst of the awareness of university members and a change in the organizational culture rather than treating the gender inequality as a matter of individual professors.